History, Mathematics and Nationalism in the kingdom of God - An Ethnographic Report on Dapitan, Philippines 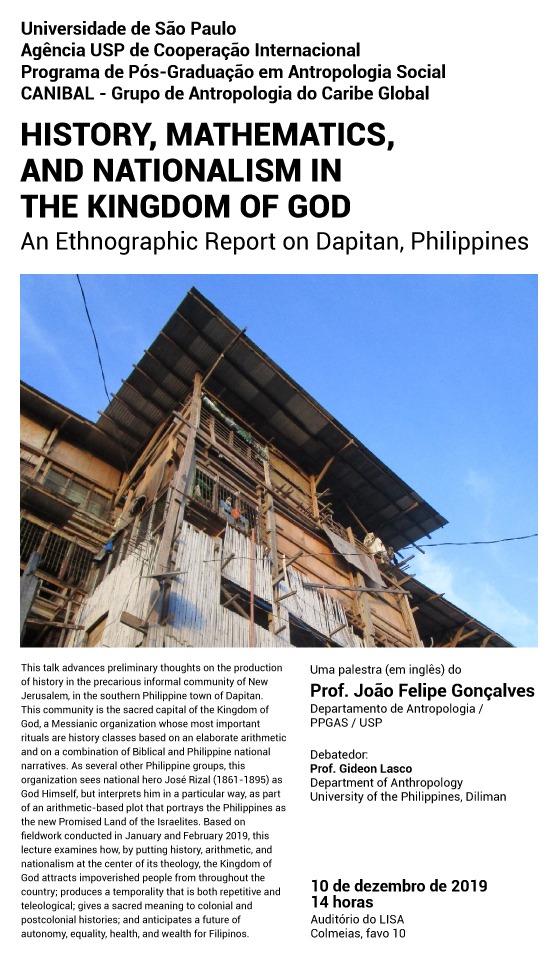 This talk advances preliminary thoughts on the production of history in the precarious informal community of New Jerusalem, in the southern Philippine town of Dapitan. This community is the sacred capital of the Kingdom of God, a Messianic organization whose most important rituals are history classes based on elaborate arithmetic and on a combinations of Biblical and Phillippine national narratives. As several other Phillipine groups, this organization sees national hero José Rizal (1861-1895) as God Himself, but interprets him in a particular way, as part of an arithmetic-based plot that portrays the Phillipines as the new promised land of the Israelites. Based on fieldwork conducted in January and February 2019, this lecture examines how, by putting history, arithmetic and nationalism at the center of its theology, the Kingdom of God attracts impoverished people from throughout the country; produces a temporality that is both repetitive and teleological; gives a sacred meaning to colonial and Post-colonial histories; and antecipates a future of autonomy, equality, health, and wealth for Filipinos.