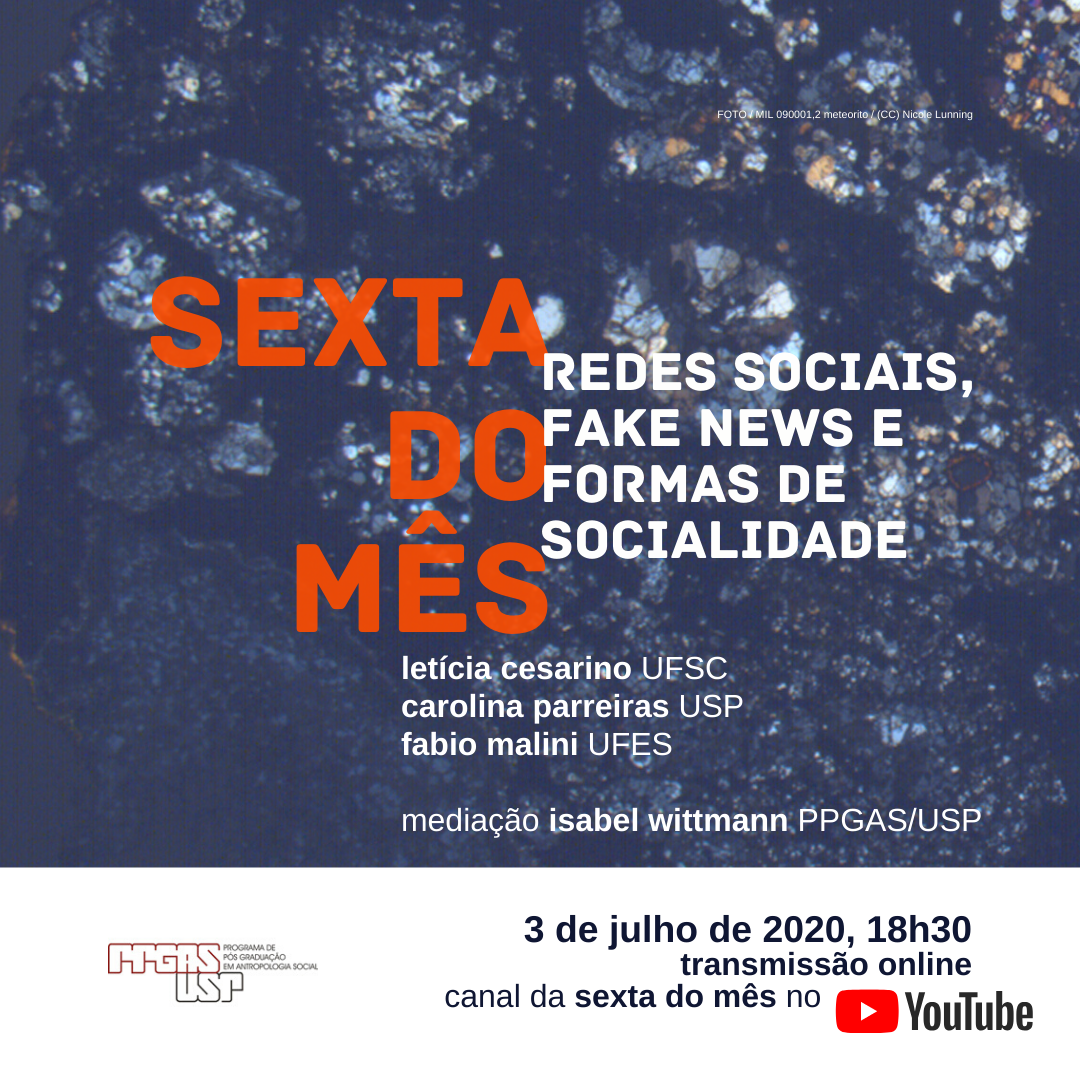 On the Friday of the month channel on youtube - https://bit.ly/sextadomes

Since the beginning of the 21st century, the emergence of new communication and information technologies has been transforming forms of sociality and fueling debates inside and outside academia. In the field of media, the advent of digital has produced both changes in the fabric or materiality of cinema, photography and television images - to keep only three examples - and in the constitution of new relations of power and domination. Therefore, a series of substantial changes in the ways of agency and the relationship of its users with the world and with others. In this context of transformations, with the establishment of large conglomerates for the production of digital content and the management of communication platforms over the internet, the Sexta do Month proposes the debate “Social networks, fake news and forms of sociality”, seeking to question: How do the internet and the different digital communication platforms produce forms of sociality and political and social belonging? What are the effects of these changes on your users and their subjectivities? What is the impact of these digital networks on the institutions that modernity has consecrated as places of production of truth / objectivity? The consolidated ways of accessing these media by users and viewers, such as the massive use of smartphones in the most diverse spheres of life (social, political, affective, sexual) promote what kind of inflections in the ways in which these products are created by these large companies. technology? And, mainly, how has Anthropology and Social Sciences been dedicated to thinking about these new configurations of the social produced through these media? This edition of the Sixth of the Month addresses issues such as those outlined above, promoting a debate on how the transformations brought about by these technologies are reflected not only in the forms-content of these communication and entertainment platforms, but also in the subjectivities and notions of people of their own users.