Friday of the Month: Anthropology in times of catastrophe 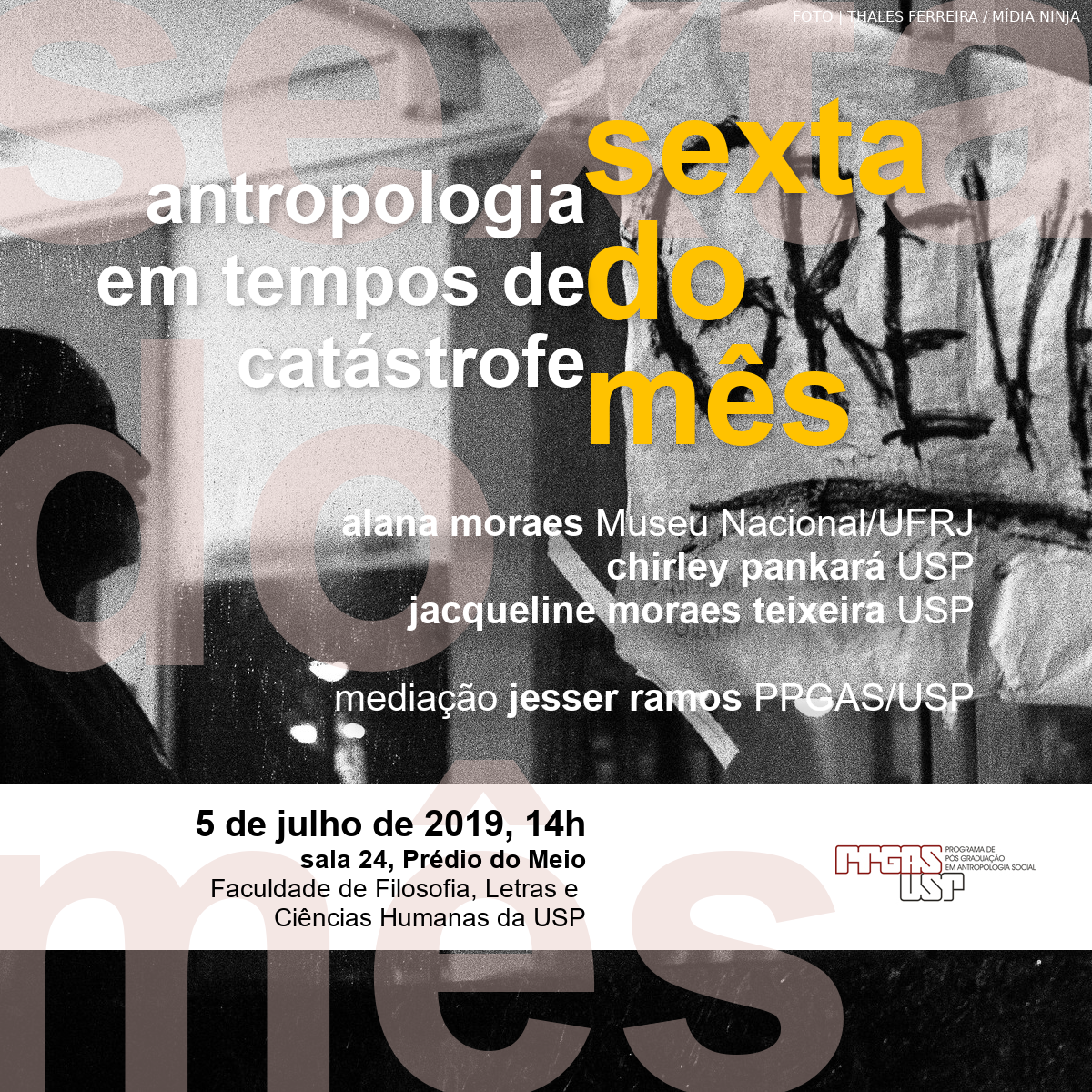 At the end of the semester, due to the strike and mobilizations in defense of science, public education and universities, the Sixth of the Month collective invites everyone to think about the challenges of doing anthropology at the moment we are living, in that Brazil is going through so many setbacks.

Under the title "Anthropology in times of catastrophe", we will start from political and ethnographic experiences to bring together the student body and reflect not only on the effects of the current moment on academic production in Anthropology, but especially on how collaborative trajectories between anthropologists and their partners , in different research contexts, can produce deviant (or creative) ways of challenging this reality - read by many as a catastrophe. As Isabelle Stengers proposes in the time of catastrophes, what must be done today is not only to question those responsible for the crises, but to “intervene”, that is, to ask questions, think about what should be done and for the possibility to exist of a future that is not barbaric, starting from struggles that are already underway.

Borrowing the idea of ​​"ethnographic pact", which Bruce Albert developed in his relationship with the Yanomami, we want to transform this Friday of the Month into an assembly, not only of researchers, but of perspectives around anthropological doing - and different experiences "ethnographic pact". In short, it is a methodological but also eminently political reflection.

From Jacqueline Teixeira we will hear about research with evangelical women at IURD; Alana Moraes will speak from the kitchens of the homeless occupations in the city of São Paulo; Chirley Pankará, in turn, brings contributions from indigenous collectives and schools, sharing reflections as a researcher, manager and parliamentarian; Jesser Ramos, mediator of the debate, offers us his experiences at Casa 1 - Center for Culture and LGBT Reception.