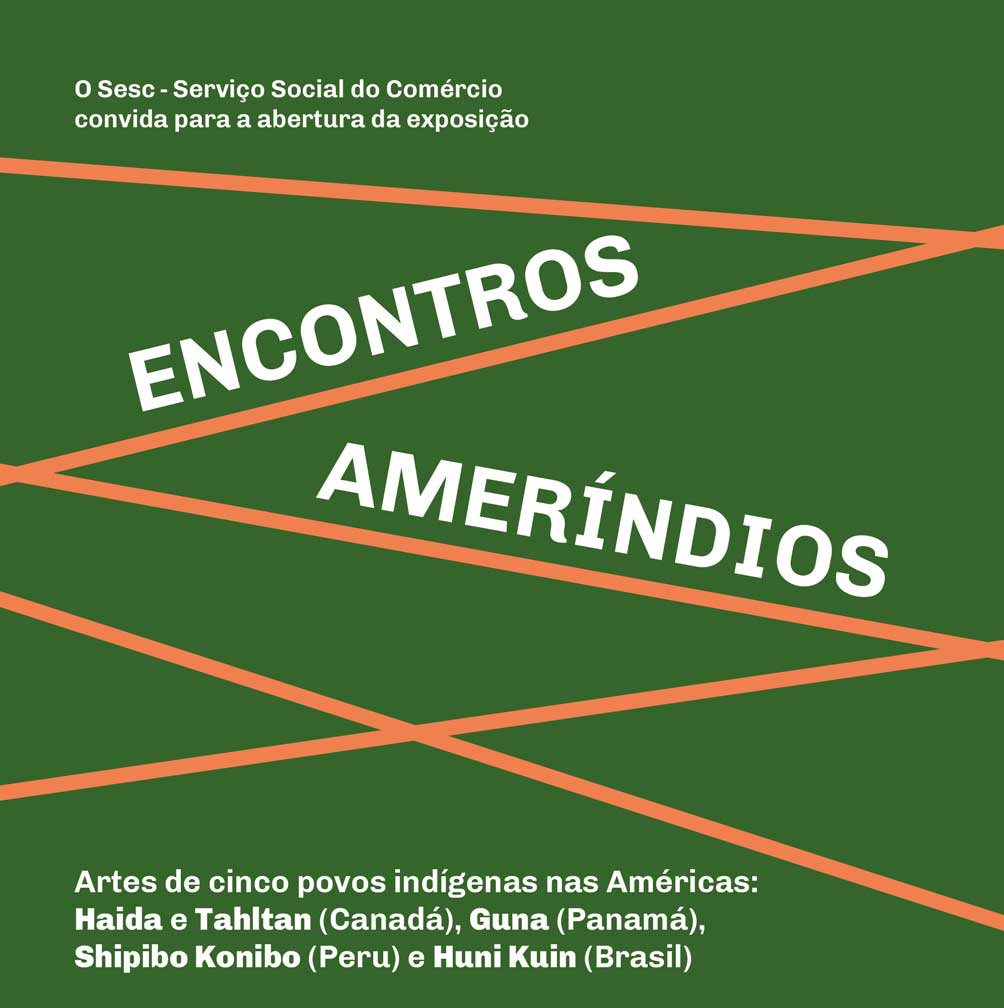 Sesc - Social Service of Commerce invites for the opening of the exhibition Encontros Ameríndios.

Sesc Vila Mariana presents the exhibition Encontros Ameríndios, from 7/31/21 to 2/13/22, coordinated by Sylvia Caiuby Novaes and curated by Aristoteles Barcelos Neto, with the proposal to explore dialogic possibilities based on the encounter among the arts of the Haida and Tahltan peoples (Canada), Guna (Panama), Shipibo Konibo (Peru) and Huni Kuin (Brazil).

The choice of works is based on two paths, one being the in-depth curatorial study of the original peoples and their works, and the other, the intercultural translation of the ideas and motivations of their artists behind their productions, with the aim of bringing the the artists' individual creativity, the changes in their works over time, the thematic universe approached by each one, the plastic and aesthetic preferences and the philosophical and cosmological issues of the arts of these Amerindian peoples. The curatorial process was guided by the biographies and reflections of indigenous artists, having as one of the concerns the protagonism of their authors.