FRIDAY OF THE MONTH / Affirmative action policies for black and indigenous peoples in Anthropology - advances, challenges and perspectives 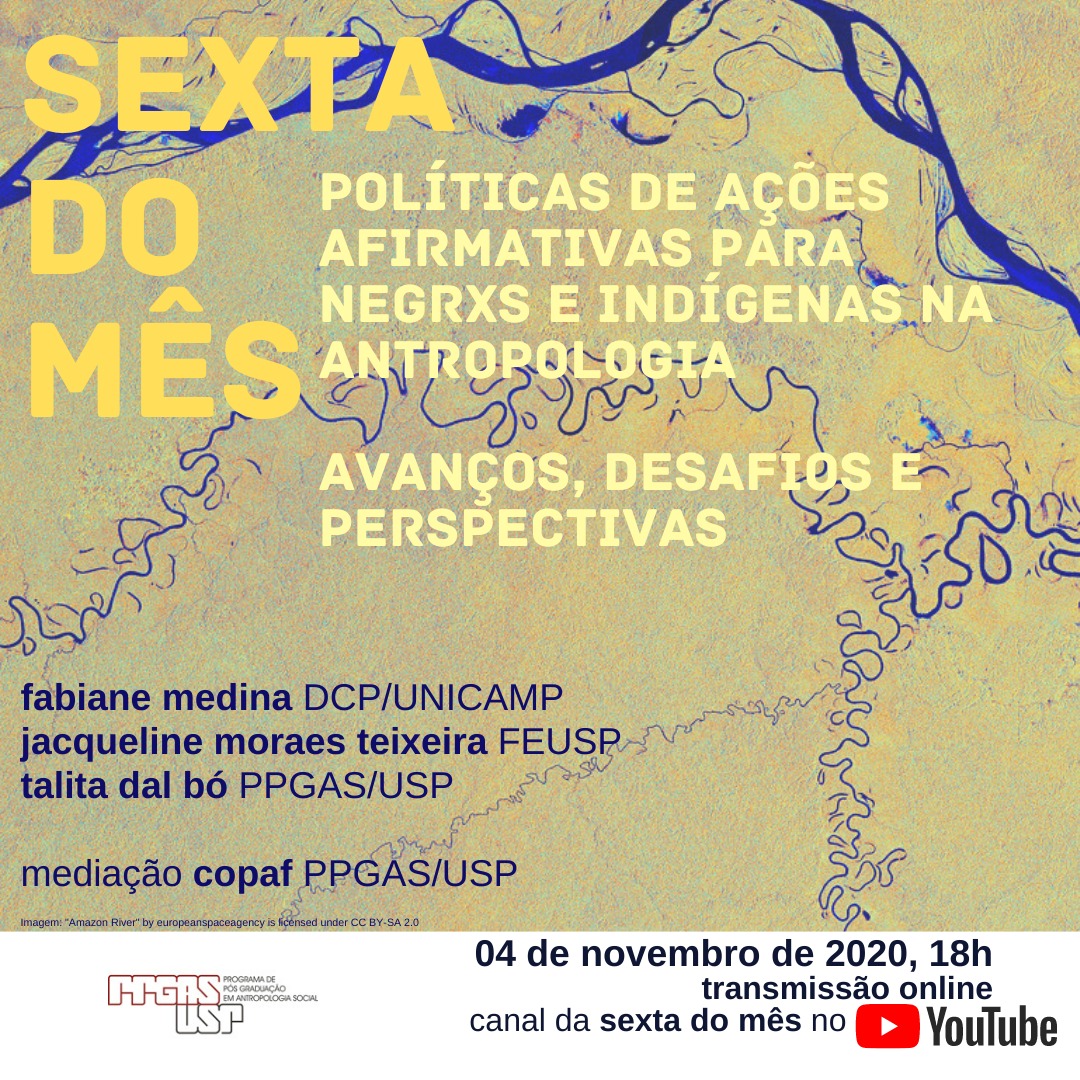 Racism crosses the most different areas of life. In April, the pandemic of the new coronavirus showed one of the most harmful faces of Brazilian ethnic-racial inequality: blacks and browns are, respectively, 62% and 23% more likely to die of covid-19 than whites in the city of São Paulo (https://bit.ly/3ek5inW). Indigenous peoples also suffer from this inequality: their mortality rate per one million inhabitants reaches 855, against 510 on average in Brazil (https://bit.ly/3cfEh22).

Alongside these alarming data on public health, there are also appalling data on ethnic-racial inequalities in education, mainly academic, the theme of the first table of this sixth-month cycle, held in partnership with COPAF - Permanent Commission for Affirmative Action of PPGAS/USP. Largely due to affirmative action policies for admission to public universities in 2018, the blacks became the majority of the students who make up the public university -- although still underrepresented --, and the number of indigenous entrants became nine times higher (https://bit.ly/2PJCbA9).